We sincerely welcome friends from domestic and abroad to visit and work together to create brilliant !
You are here: Home » Blogs » KNOWLEDGE » What is pressure limiter valve?

What is pressure limiter valve?

Abstract: In a common rail system, fuel is distributed to the injectors from a high pressure accumulator called the common rail. The rails are fed by a high-pressure fuel pump. The pressure in the rails and the start and end of the signal to activate the injectors for each cylinder are electronically controlled. The advantages of a common rail system include flexibility in controlling injection timing and injection rate. 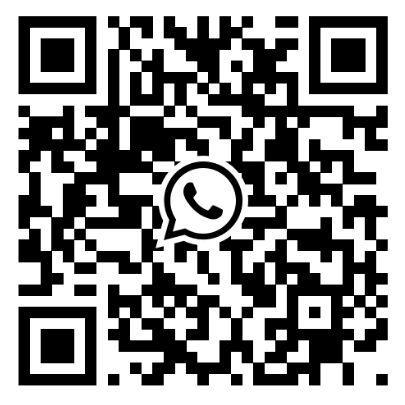 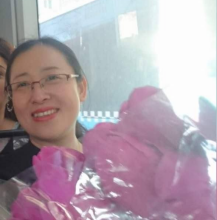 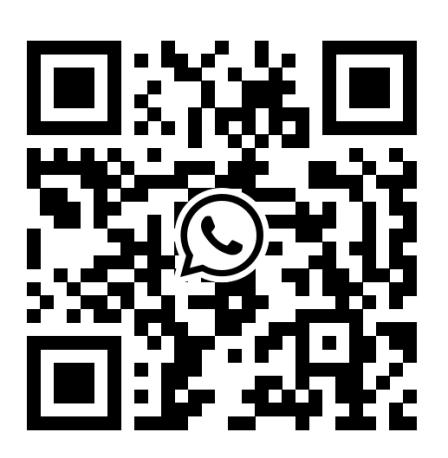 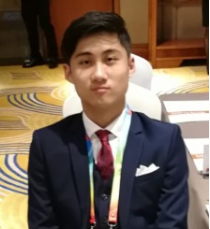 The advantages of the common rail fuel injection system architecture have been recognized since the development of diesel engines. The fuel systems used by early researchers, including Rudolf Diesel, contained some of the basic features of modern common rail diesel fuel injection systems. For example, in 1913, a patent for a common rail fuel injection system with mechanically actuated injectors was granted to Vickers Ltd. in England [McKechnie 1913]. Around the same time, Thomas Gaff was awarded another US patent for a fuel system for a direct-cylinder injection spark-ignition engine using an electric solenoid valve. Fuel is metered by controlling the length of time the valve is open [Gaff 1913]. The idea of using electric injection valves on diesel engines with common rail fuel systems was developed in the late 1920s by Brooks Walker and Harry Kennedy, and introduced by California in the early 1930s. The Atlas-Imperial Diesel Engine Company applied to diesel engines [Walker 1933] [Berman 1962] [Knecht 2004] [Elder 2001].

The work on modern common rail fuel injection systems was pioneered in the 1960s by the Societe des Procedes Modernes D'Injection (SOPROMI) [Huber 1969]. However, it will still be 2 to 3 years before regulatory pressure stimulates further development and the technology matures to be commercially viable. SOPROMI technology was evaluated by CAV Ltd. in the early 1970s and found little benefit compared to the existing PLN systems used at the time. A lot of work still needs to be done to improve the precision and capability of solenoid actuators.

Further development of diesel common rail systems began in the 1980s. By 1985, the Industrieverband Fahrzeugbau (IFA) of the former East Germany had developed a common rail injection system for their W50 trucks, but a prototype never made it to mass production and the project was abandoned a few years later [Sachsisches Industriemuseum 2010]. Around the same time, General Motors was also developing a common rail system for their light-duty IDI engines [Williams 1982]. However, with their cancellation of the light-duty diesel engine program in the mid-1980s, further development stopped.

A few years later, in the late 1980s and early 1990s, engine OEMs initiated a number of development projects, which were later taken over by fuel injection equipment manufacturers:

--Denso further developed the common rail system for commercial vehicles [ Miyaki 1988 ] [ Miyaki 1991 ] which they acquired from Renault and put into production in 1995 in the Hino Rising Ranger truck.

--In 1993, Bosch (possibly due to some pressure from Daimler-Benz) acquired the UNIJET technology, which was originally an effort by Fiat and Elasis (a subsidiary of Fiat), for further development and production [Stumpp 1996]. Bosch's common rail system for passenger cars went into production in 1997 for the 1998 Alfa Romeo 156 [Jost 1998] and C-Class Mercedes-Benz.

--Soon after, Lucas announced Common Rail contracts with Ford, Renault and Kia, with production starting in 2000.

These development programs began in the late 1980s/early 1990s with the aim of developing fuel systems for future diesel-powered passenger cars. In the early days of these efforts, it was clear that future diesel vehicles would use direct injection combustion systems because of the distinct advantages in fuel economy and power density compared to the then popular indirect injection combustion systems. Development goals include driving comfort comparable to gasoline-fueled vehicles, compliance with future emission limits and improved fuel economy. Three sets of fuel system architectures are being considered: (1) electronically controlled distribution pumps, (2) electronically controlled unit injectors (EUI or pump-injector units), and (3) common rail (CR) injection systems. While efforts around each of these approaches resulted in commercial fuel systems for production vehicles, common rail systems offered many advantages and eventually became the predominant fuel system used in light-duty vehicles. These advantages include: 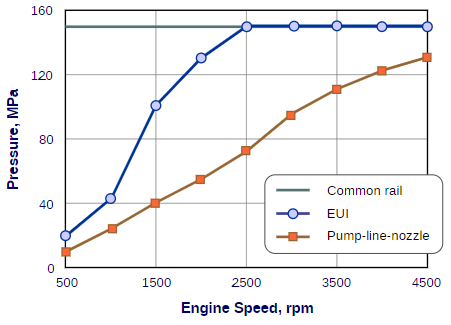 ---Reduced fuel pump peak torque requirements. With the development of high-speed direct injection (HSDI) engines, more of the energy to mix air and fuel comes from the fuel injection momentum rather than the swirl mechanism employed in older IDI combustion systems. Only high pressure fuel injection systems can deliver the mixing energy and good spray preparation required for low PM and HC emissions. To generate the energy required to inject fuel in about 1 millisecond, a conventional dispense pump must deliver nearly 1 kW of hydraulic power in 1 millisecond pulses per 4 pump revolutions (in a 4-cylinder engine), causing a considerable great pressure. Drive shafts [Breitbach 2002]. One of the reasons behind the trend for common rail systems is to minimize maximum pump torque requirements. While the power and average torque requirements of the common rail pump are similar, the high pressure fuel is delivered to the accumulator, so the peak flow (and peak torque required to drive the pump) does not have to coincide with the injection event distributing the pump. Pump discharge flow can be spread over longer portions of the engine cycle to keep pump torque demand more even.

---Improve noise quality. DI engines are characterized by higher peak combustion pressures, and therefore higher noise levels than IDI engines. It was found that improved noise and low NOx emissions were best achieved by introducing pilot injection. This is most easily achieved in a common rail system, which is capable of delivering small amounts of pilot fuel stably over the entire load/speed range of the engine.

Other diesel solenoid valves. Henshine has a staff of more than 40, and senior Technicians and engineers over 20. The daily output of the solenoid valve is about 500-600 pcs for each valve. Henshine uses the latest materials, world-leading surface treatment, and advanced precision machining technology. Fill in the domestic blank in product design, research, and development, 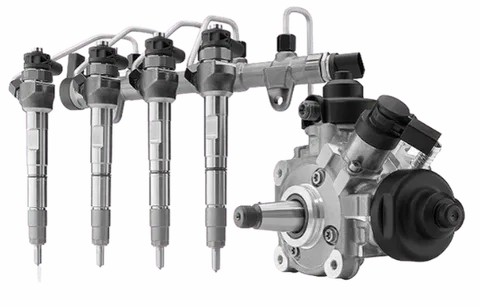 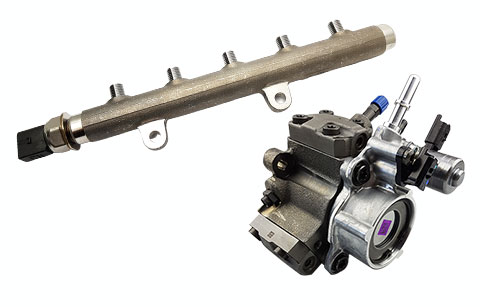 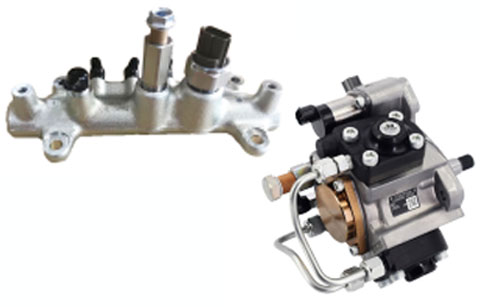 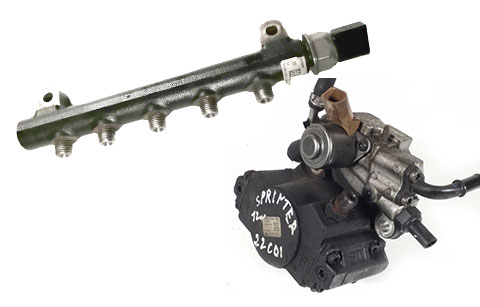