We sincerely welcome friends from domestic and abroad to visit and work together to create brilliant !
You are here: Home » Blogs » KNOWLEDGE » What's the Function of Suction Control Valves (SCV)?

What is the suction control valve? 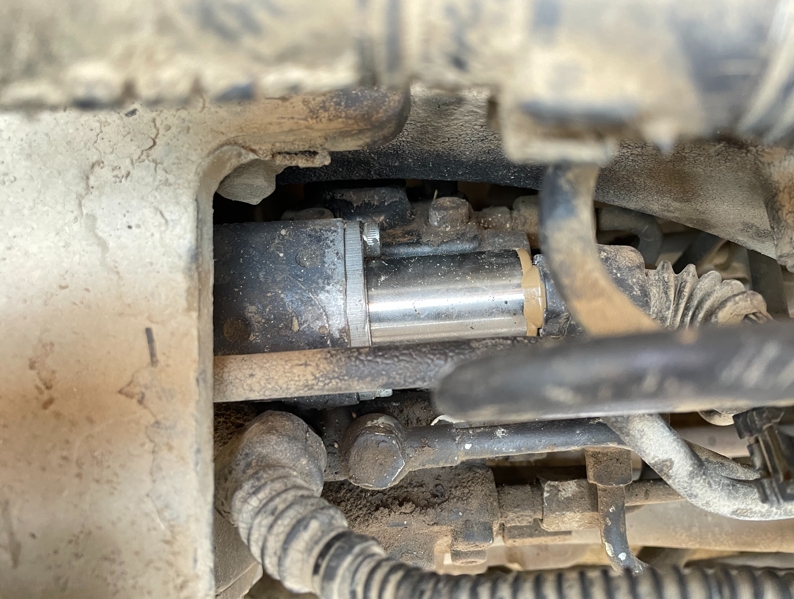 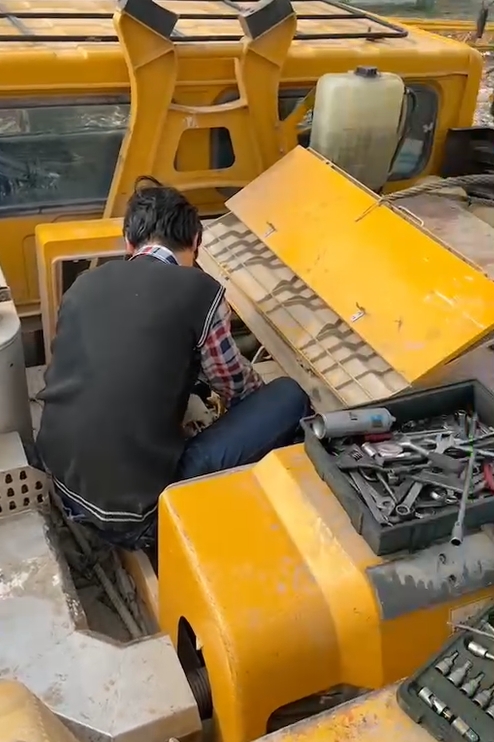 A linear solenoid type valve has been adopted. The ECM controls the 250Hz duty ratio (the length of time that the current is applied to the SCV), in order to control the quantity of fuel that is supplied to the high-pressure plunger. Because only the quantity of fuel that is required for achieving the target rail pressure is drawn in, the drive load of the supply pumps decreases. By henshine

A normally open type “generally” results in maximum rail pressure when the harness is disconnected during engine running.

A normally closed type “generally” results in a minimum rail pressure when the harness is disconnected during engine running.

There are lots of suction control valves with similar appearances on the market, you need to distinguish their type and find the right valve for your job. If you have trouble fitting the correct valve for your rail and pump, don't hesitate to email HENSHINE! HENSHINE  provides a variety of valves and the experts are ready to solve all your problems!

Figure1 shows a cross-section of Denso’s HP3 high-pressure pump. It consists of two compression chambers alternately activated by a rotating cam that is driven in synchronism with the engine rotation,

allowing it to change its throughput in step with the engine speed. Both compression chambers are fed by a single suction control valve (SCV) that regulates the rail pressure by varying the amount of fuel input to the rail in response to the amount of fuel discharged by the fuel injectors. A pictorial diagram of the HP3 pump with its SCV is shown in Figure2. The SCV valve is easily observed on the pump by looking into the engine under the hood from above. Denso also has a newer HP4 pump that has three compression chambers instead of two, allowing it to supply 50% more fuel at the same rail pressure to larger engines having larger combustion chambers that burn more fuel. 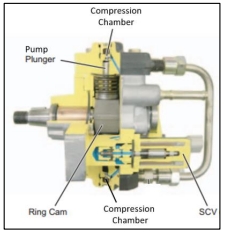 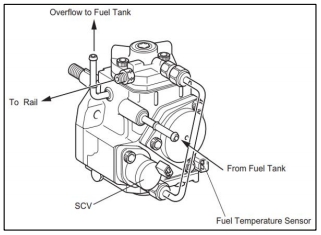 Denso SCV valves come in two versions, an older long version, and a newer compact version. A cross-section of an older SCV valve is shown in Figure3. This valve has a compression spring on the left that pushes to the right a hollow armature containing a groove for a needle valve. Meanwhile, an electric solenoid pushes the same armature to the left against the spring. By properly locating a groove in the armature (or spool) relative to a fixed keyhole-shaped hole in the valve body1, a needle valve can be made that is either normally open or normally closed. By varying the amount of current through the solenoid, the amount of overlap between the groove in the moving armature and the hole in the valve body can be linearly varied, allowing a precise flow of fuel to the high-pressure pump. Figure 6 shows the newer and more compact Denso SCV valve. It has a spring on the right that pushes the armature to the left.

Meanwhile, an electric solenoid pulls the armature to the right against the spring. The valve can be made into either a normally open valve or a normally closed valve by properly locating the moving groove in the armature relative to the fixed keyhole-shaped hole in the valve body in a manner similar to the older version. The SCV valves in all Mitsubishi vehicles are of the normally open type, with newer vehicles using the compact version. 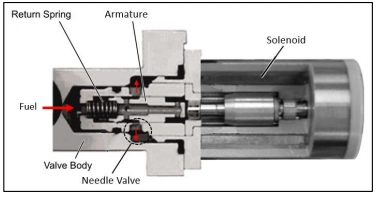 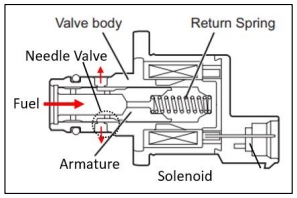