We sincerely welcome friends from domestic and abroad to visit and work together to create brilliant !
You are here: Home » Blogs » KNOWLEDGE » What does the suction control valve actually do?

What does the suction control valve actually do?

What is SCV Valve？

In order to operate efficiently on common rail diesel (CRD), the correct fuel pressure must be maintained under all driving and load conditions. To do this, use the intake control valve (SCV) or fuel metering control valve (FMCV) operated by the ECU located on the back of the high-pressure fuel pump.

Both valves control the rail pressure by adjusting the amount of fuel supplied to the main supply pump-"pump element" that controls the output and pressure in the fuel rail.

The feed pump only compresses the amount of fuel required to maintain the required rail pressure.

Most of these units seem similar but vary internally Henshine mechanically and electrically. Only fit the correct valve for efficient operation. 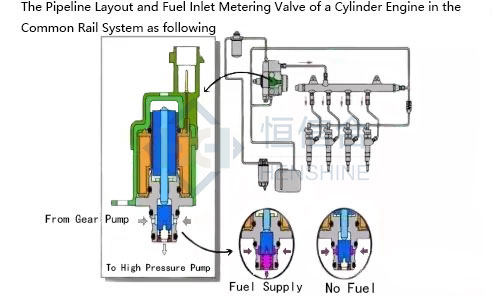 The SCV can be classified as a normally open or normally closed operating unit. It is important to realize that disconnecting one type of harness connector will produce completely different results from another type.

When the wiring harness is disconnected during engine operation, the "normal" normally open type usually produces the maximum rail pressure.

When the guide rail pressure is suspected to be incorrect, this operation can help the technician to perform the diagnostic procedure.

The ECU will usually operate the SCV via PWM to control the rail pressure according to driving and load conditions. This pressure is monitored by the fuel rail pressure sensor to ensure suitability.

1. A suitable scanner can monitor the rise and fall of rail pressure during acceleration and deceleration, which can help technicians diagnose SCV faults.

2. Even though SCVs are usually updated for stress and drivability issues, it is important to find the reason to minimize the rework that must be done.

The common final control element in the process control industry is the control valve. The control valve controls the flow of fluid (such as gas, steam, water, or chemical compounds) to compensate for load disturbances and make the adjusted process variable as close as possible to the required set value.

The control valve may be the most important part of the control loop, and sometimes the most overlooked part. The reason is usually that the instrument engineer is not familiar with many aspects of the terminology and engineering disciplines such as fluid mechanics, metallurgy, noise control, piping, and vessel design, etc. Depending on the severity of the conditions of use, these aspects may be involved. 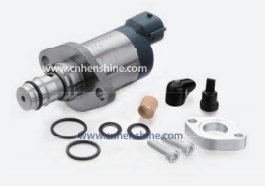 Any control loop usually consists of process state sensors, transmitters and controllers. These controllers compare the "process variables" received from the transmitters with the "set points" (the required process conditions). Then, the controller sends the calibration signal to the "final control element", the last part of the loop and the "muscle" of the process control system. When the sensor of the process variable is the eye and the controller is the brain, the control element after the is the hand that controls the loop. This makes it an important part of an automatic control system, and sometimes even an unknown part.

On diesel engines, the high-pressure common rail system consists of: 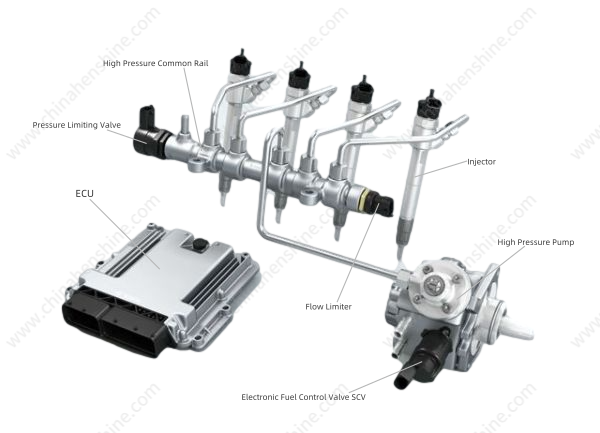 The electronic fuel control valve SCV, the main function is to control the fuel supply and the amount of fuel injection. The energization time from the ECU (engine computer board) to the SCV valve is called energization time control. This control is used to achieve the high-pressure plunger to supply fuel The purpose of the flow is to control the common rail pressure by controlling the amount of fuel entering the common rail in order to reduce the driving load of the supply pump.

When the SCV valve receives current control from the ECM, the control fuel flow decreases or increases.

When the SCV valve is in the normally open state, the SCV valve allows the fuel to be quickly output through the plunger according to the opening area of the ECU engine computer board's power-on time.

After understanding the working principle of the SCV valve, if you encounter engine starting problems in the future, it is easy to solve, because the failure phenomenon caused by the SCV valve is very typical, and it can be solved smoothly by careful comparison.

For example, the engine power suddenly drops during work, the work is very smooth but the engine suddenly stops, the engine will not hit the car, but the SCV valve plug can continue to work. Many typical engine failures are caused by problems with the valve, so when facing sudden failures, you must not rush to make a conclusion, you must carefully observe and compare carefully.

How does the SCV valve work?

The composition of the engine： 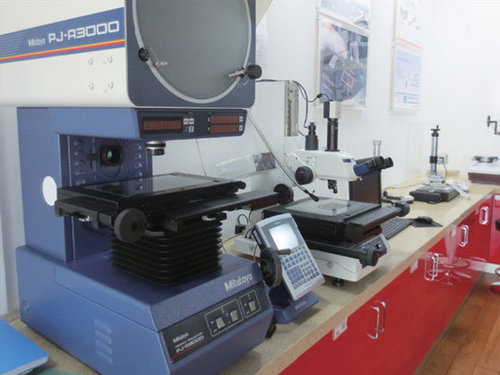 Processing plants include hundreds or even thousands of control circuits, all of which are networked together to produce products for sale. Each of these control loops is designed to keep some important process variables (such as pressure, flow, liquid level, temperature, etc.) within the required operating range to ensure the quality of the final product. Each of these loops receives and generates internal interference that adversely affects the process variable, and the interaction of other loops in the network will affect the process variable.

In order to reduce the impact of these load disturbances, sensors and transmitters collect information about process variables and their relationship to the desired set point. The controller will then process this information and determine what must be done to return the process variable to where it should be after the load disturbance. After completing all measurements, comparisons and calculations, a certain type of final control element must implement the strategy selected by the controller.

The control valve automatically adjusts the pressure and/or flow rate and can be used for any pressure. If different equipment systems are operated under the required pressure/temperature combination of the 300-level valve, sometimes (when the design permits) all selected control valves will have 300-level interchangeability. However, if there is no system that exceeds the rating of the Class 150 valve, it is not necessary.

The globe valve is usually used for control, and its ends are usually flanged to facilitate maintenance. According to its supply type, the disk is moved by hydraulic, pneumatic, electric or mechanical actuators. The valve regulates the flow rate by the movement of the plug relative to one or more ports located in the valve body. The valve core is connected to the valve stem, which in turn is connected to the actuator.

What does the suction control valve actually do? 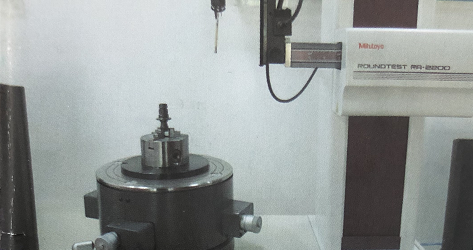 The suction control valve works within strict tolerances, as do other parts. The fuel contamination or wear in the valve means that the ECU cannot command the correct fuel pressure to the injector. The pressure in the fuel rail is incredible (thousand psi), and valve failure means very large pressure fluctuations. This is a principle. The technician should first diagnose the general rail because the failure of the diesel engine will affect the driving ability.

Some of our customers have experienced the trucks entering "coasting mode", which is usually because the fuel pressure has changed in one or more ways, exceeding the limits set by the ECU. After many parking lots and restarting the computer, it's time to go to the store. You can find a professional (not cheap, but not very expensive), or choose the right SCV.

If you feel that your car is also in the same situation, you can go to the repair shop to check it out. Please click here to view all the SCV series provided by HENSHINE. There must be something you want.