We sincerely welcome friends from domestic and abroad to visit and work together to create brilliant !
You are here: Home » Blogs » KNOWLEDGE » Ten sensors and solenoid valves on the engine

Ten sensors and solenoid valves on the engine

For the sake of environmental protection, most excavators are now electronic fuel injection vehicles. We often encounter various alarm codes, and these alarms are mostly caused by sensor or solenoid valve failure. The following are the positions and functions of ten sensors and solenoid valves on the engine. When an alarm code appears on the excavator and the meaning of the code is understood, it can be checked and replaced according to the position of the sensor and solenoid valve.

Sensors and solenoid valves on the engine

The EGR valve is a variable opening solenoid proportional valve controlled by the ECU. ECU makes judgments based on information such as engine speed, water temperature, common rail pressure, etc., and adjusts the opening of the EGR valve so that the appropriate amount of exhaust gas enters the combustion chamber again, so as not to affect the engine power, but also to reduce the nitrogen oxide content in the emission the goal of. 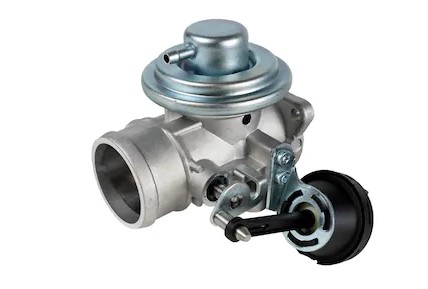 The SCV valve mainly controls the fuel supply and fuel injection volume and sends a DC voltage signal to the electronic fuel control valve through the engine computer board (ECM) to control the fuel volume entering the fuel pump booster chamber. SCV valve is an inverse proportional solenoid proportional valve controlled by ECU. The ECU receives signals such as engine speed, water temperature, common rail pressure, and suction pressure. The ECU exports the command current to the SCV valve to control the opening of the SCV valve, but it does not achieve the purpose of controlling the diesel flow into the fuel pump and adjusting the common rail pressure. Under abnormal conditions, the engine output will drop or even stop.

When the excavator was working, the engine power suddenly dropped.

The engine will not hit the car, and the excavator will alarm and display the fault code.

Sudden flameout of an excavator during work and similar failure phenomena. 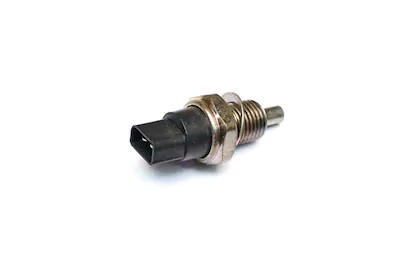 When the above-mentioned typical fault phenomenon occurs, we first need to check the fuel control valve. When the ignition key switch is turned on and then turned off, the electronic fuel control valve solenoid valve should be able to hear a "click" sound, and we should feel vibration when placed on it. , Indicating that the valve is in a normal state.

Under normal circumstances, electronic fuel control valves are issued, mostly due to unclean fuel. It is recommended to clean the oil circuit and replace the diesel filter element. However, the following factors are not excluded:

1. Remove the electronic fuel control valve and clean it with diesel oil to eliminate the malfunction or alarm caused by the stuck foreign matter.

2. Turn the key to the ON position and turn on the ignition key. The front spool will move at the moment of energization, and the spool will also change as the throttle increases and decreases. You can intuitively see whether it is in a normal state.

3. Measure whether the resistance between the terminals of the solenoid valve is within the normal range.

A normally closed pressure switch. The engine oil pressure is detected and the signal is fed back to the CPU. After receiving the abnormal signal, the CPU will control the alarm to appear on the display, and the buzzer will alarm at the same time. If there is a signal that the oil pressure is too low when the engine is started, in addition to the alarm, the engine will be automatically fired.

Temperature sensor signals to control, fuel heater, and protect diesel generator. If the sensor fails, it will affect the performance of the engine.

It is used to feedback the suction pressure after being pressurized by the supercharger to the ECU. After the ECU receives the feedback signal of the boost pressure sensor, it determines whether the intake system is normal. And combined with other feedback signals to control the engine's injection volume, EGR opening, SCV valve, etc. Under abnormal conditions, the engine will be controlled to reduce its output.

The engine main and auxiliary speed sensors are used to feed back the engine speed, crankshaft angle, and camshaft angle signals to the ECU so that the ECU can correctly determine the timing information. The two sensors check each other. If a single sensor loses the feedback signal, the engine can still be used with reduced output. If the two sensors lose signals at the same time, the engine will not start.

The engine main and auxiliary speed sensors are used to feed back the engine speed, crankshaft angle, and camshaft angle signals to the ECU so that the ECU can correctly determine the timing information. The two sensors are checked against each other. If a single sensor loses the feedback signal, the engine can still be used with reduced output. If the two sensors lose signals at the same time, the engine will not start.

Sensors and solenoid valves on the engine SCV valve