We sincerely welcome friends from domestic and abroad to visit and work together to create brilliant !
You are here: Home » Blogs » KNOWLEDGE » SCV Valve Toyota D4D

D4D adopts common rail technology to achieve the fuel supply of the entire engine with only one oil pump. Common rail technology is similar to multi-point electronic injection on gasoline engines. Four injectors (corresponding to four-cylinder engines) are installed on a "common rail", and then an oil pump supplies fuel to the "common rail". The opening and closing of the fuel injector is controlled by a computer. This principle is similar to that of an EFI gasoline engine. In this way, the noise generated by the mechanical pump is eliminated. The fuel supply pressure of the electronic pump is much higher than that of the mechanical pump, which enables direct injection in the cylinder. When we learn about gasoline engine direct injection technology, we often say that this technology is derived from diesel engines. In fact, diesel engines with direct injection in cylinders can only be realized after the implementation of electronic pumps. This is also because the compression ratio of the diesel engine is very high, and the compression stroke pressure is much larger than that of the gasoline engine, which requires ultra-high fuel injection pressure, which could not be achieved with the previous mechanical pump.

In general, D4D's direct injection common rail technology relies on an electronic pump to drive the fuel supply of the entire engine, which simplifies the structure; the fuel supply pressure no longer changes with the number of engine revolutions, achieving precise control of fuel injection; at the same time Compared with the mechanical pump, the noise is greatly reduced; because the fuel supply system can generate greater pressure, the direct injection in the cylinder is realized, and the economy and power are enhanced.

The injector of a traditional diesel engine works passively, that is, when the oil pump is under pressure, it will inject diesel into the cylinder due to the pressure. This fuel injection process is completely controlled by the fuel pump. Naturally, it is impossible to achieve computer-controlled fuel injection. To some extent, this method is similar to a gasoline engine using a carburetor, because they cannot achieve precise control of the fuel injection volume. The injector used in D4D is controlled by a solenoid valve. Both the injection timing and the amount of fuel can be precisely controlled by the solenoid valve according to the instructions issued by the ECU. This is just like the EFI technology of a gasoline engine. Not only that, the D4D engine can also realize the closed-loop control of the diesel engine, which did not exist in the previous diesel engine. Sensing components such as oxygen sensors feed back the exhaust gas conditions to the ECU, so that the combustion status can be judged based on the exhaust gas, and the fuel supply concentration can be further adjusted to achieve full combustion of the mixture. 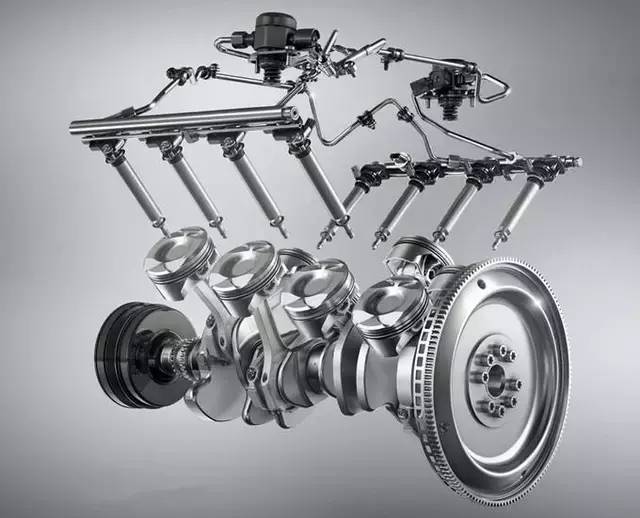 P0627 is the fuel pump control circuit is disconnected

scv valve toyota d4d may "slow down" operation due to valve seat wear. Valve damage can also cause the engine to lose power. For example, in winter, diesel is usually dry, so it will not refuel the fuel pump. It is usually the main cause of valve failure.

Certain Toyota models equipped with 2.0 D-4D engines may cause operational problems due to failure of the suction control valve (SCV), such as a sudden power failure, which may be intermittent and often puts engine management into trouble.

If your SCV vale in your Toyota is a defect it might cause a certain loss in power in your engine.

There is no fault indicator on the instrument panel. It is judged that the engine ECU and various sensors are not faulty, and it should be a mechanical part failure.

When replacing the new diesel filter element, it was found that there was a very small amount of water in the filter element, the fuel tank was cleaned, and the entire fuel system was purged with pure compressed air. Replace with new oil and new oil filter element.

If there is a fault code, replacing the SCV may correct the fault. However, the Toyota D-4D engine may also encounter other problems in the fuel pump, injector, EGR system and vacuum switch valve. Therefore, although SCV replacement has a high success rate, it is not part of the "fixed solution". Henshine's suction control valves have been modified from the original specifications, which means that their service life should be longer than the originally installed valves.

First remove the tank, the suction valve is inside, unplug the control valve, then unload the two screws of the suction valve, unplug the scv valve, the scv valve is usually inserted very tightly, you can tap the scv valve lightly with a tool , shake the scv valve, and then unplug the scv valve. If you want to open a new scv valve, make sure your hands are clean and as clean as possible to reduce the risk of debris entering the pump. And you can put some oil on deal O ring, although the seals on the new valve have been pre-lubricated, the best way is to apply a small amount of oil on the seals to reduce the risk of damage during installation. Be careful to put them straight in when installing. tap the gently on the top of scv valve, knowing that the strength of the hand can no longer be pressed, at this time you need a small hammer to gently tap the scv valve. Next, install the screws. Because the installation location is very narrow, you should use a mini screwdriver. After tightening the screws, reinsert the cable plug, and the installation of the scv valve is complete. Finally, install the tank to its original location.

Before carrying out the road test, reset the engine diagnostic trouble code by using an appropriate diagnostic tool or by removing the ECU fuse for a few minutes.