We sincerely welcome friends from domestic and abroad to visit and work together to create brilliant !
You are here: Home » Blogs » KNOWLEDGE » Bosch Fuel Metering Valve in Common Rail System 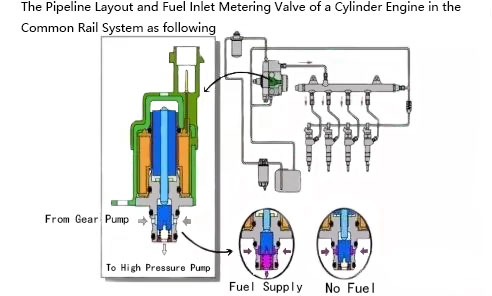 Among the various vehicle after-sales maintenance problems, there is one type of failure that is encountered the most and the most common: that is, insufficient power; or poor acceleration and difficult climbing. There are many reasons for this failure, and there are many types of engine parts involved. It is often difficult to locate and is very cumbersome to handle. Among them, the fuel metering unit is an important reason for the lack of power in the vehicle body system.

What is a fuel metering unit

The Fuel Metering Valve, IMV, EFC/MEUN, SCV, PCV, etc., is a mechatronic component fuel metering unit, which is generally integrated on the high-pressure fuel pump and controlled by the engine control computer PCM. The plug has two wires for power supply voltage and signal. Voltage. The name is different, but its purpose is to control the oil intake and return flow of the high-pressure pump, so as to control the oil supply of the oil pump plunger to the rail, meet the common rail system set pressure, and form a pair of rail pressure sensors. Closed loop control of rail pressure.

The engine control computer PCM controls it by PWM control, also called duty cycle control, which changes the area of the internal oil passage through the size of the current pulse to control the fuel flow.

The coil resistance of the Bosch fuel metering unit: 2.6----3.15Ω (20 degrees), the maximum working current of the fuel metering unit is 1.8A, and the current at idling speed is 1380-1430mA, which is inversely proportional to the speed.

The importance of A SCV/ IMV

The fuel metering unit (fuel metering valve) is one of the most important components in the diesel engine fuel supply system, and it is a heavyweight.

It controls the amount of oil entering the rail to meet the pressure setting requirements of the common rail system, and forms a closed-loop control of rail pressure together with the rail pressure sensor. It is a mechatronics component. Problems with circuits or mechanical components will cause it to work abnormally. Due to the current fuel quality problems in China, it is more common to cause the fuel metering unit to be issued and blocked, which directly causes abnormal diesel engines. jobs.

How to test SCV/ IMV

Because of the difference in fuel quality, most of the failures related to the damage of the fuel metering unit are due to card issuance; in addition, there are also some problems that appear on the circuit, such as short circuit and open circuit.

The direct method is to use the data flow item of the diagnostic instrument to view the relationship between the drive change of the fuel metering unit and the rail pressure. With the increase of throttle opening, the follow-up situation of rail pressure changes.

Listen to the sound to judge.

Resistance measurement, Bosch's resistance value is generally 2.3-3.1 ohms, and the maximum current is 1.8A.

Before fault inspection, verify the fault and distinguish whether the vehicle condition is a fault or a normal condition. Know whether the correct engine oil and fuel are used, and whether there are other non-manufacturer installations.

The metering valve and its wiring are faulty, resulting in insufficient engine power, and the ECU will record the fault.

Check the appearance of SCV 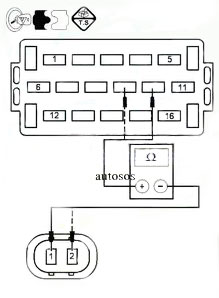 Check the line from SCV to the ECU

Check the power circuit of the flow metering valve 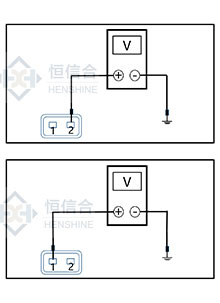